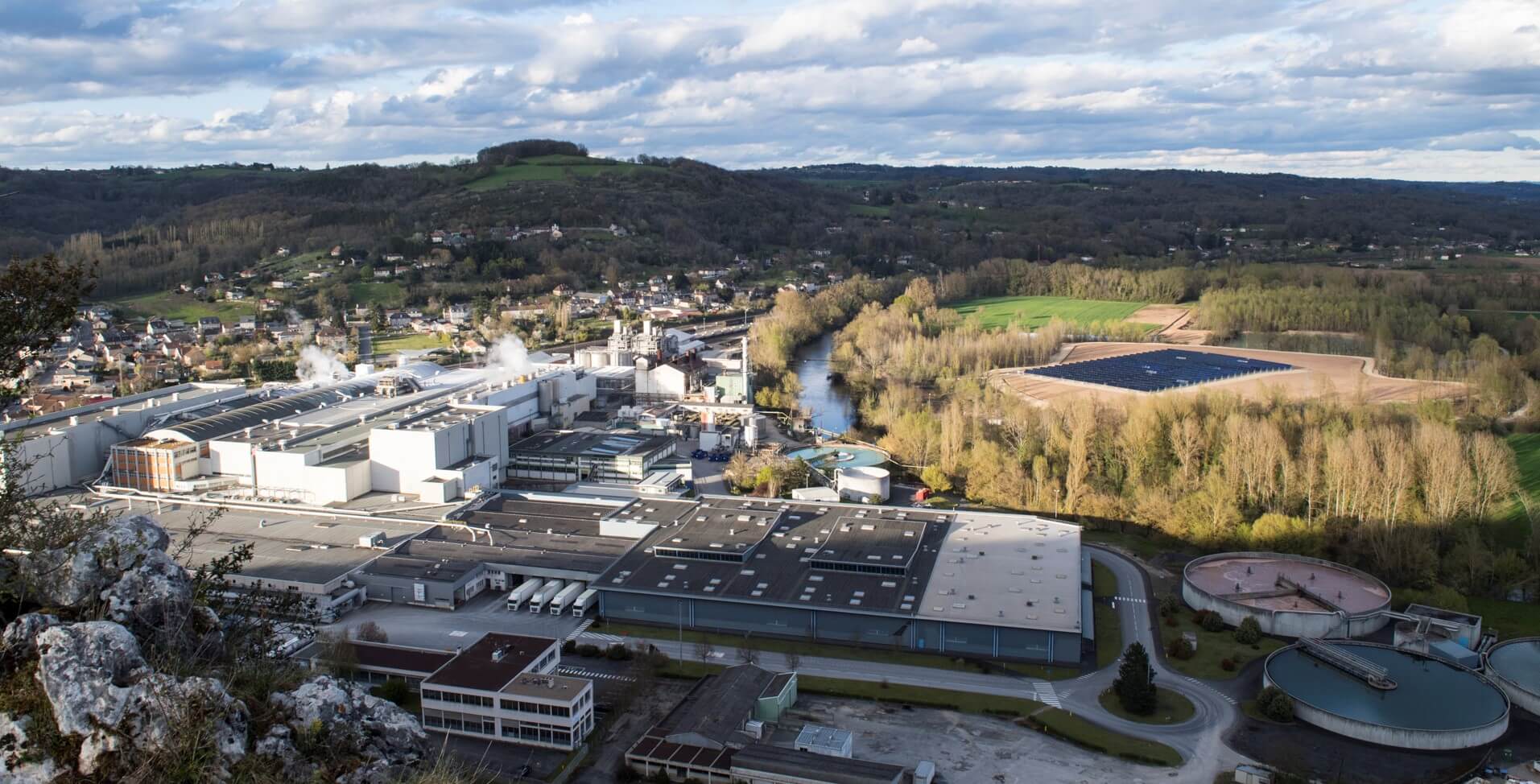 Condat is part of the Lecta Group, one of Europe’s leading manufacturers and distributors of specialty papers for labels and flexible packaging, coated and uncoated papers for publishing and promotional printing and other print media. The Condat factory in Lardin-Saint-Lazare, with about 500 employees, has an annual production capacity of 450,000 tons of coated paper, with a high energy requirement, mainly due to the direct use of steam in the production processes.

END_OF_DOCUMENT_TOKEN_TO_BE_REPLACED

The gas pressure regulating and measuring station (GPRS) Ostheim owned by the company Energienetz Mitte (ENM) has a heat demand of about 1,900 MWh/a for preheating the natural gas, which is throttled in the station from 90 bar to 16 bar in order to feed it into the downstream natural gas network. The heat requirement is due to the fact that the natural gas cools during expansion and must therefore be heated up by around 30 K before the throttle used for the expansion. Without the preheating of the natural gas before the expansion, the freezing point in the throttle would be undercut, which would lead to technical problems due to condensate, ice formation and the deposition of individual gas fractions in the pipelines.

END_OF_DOCUMENT_TOKEN_TO_BE_REPLACED 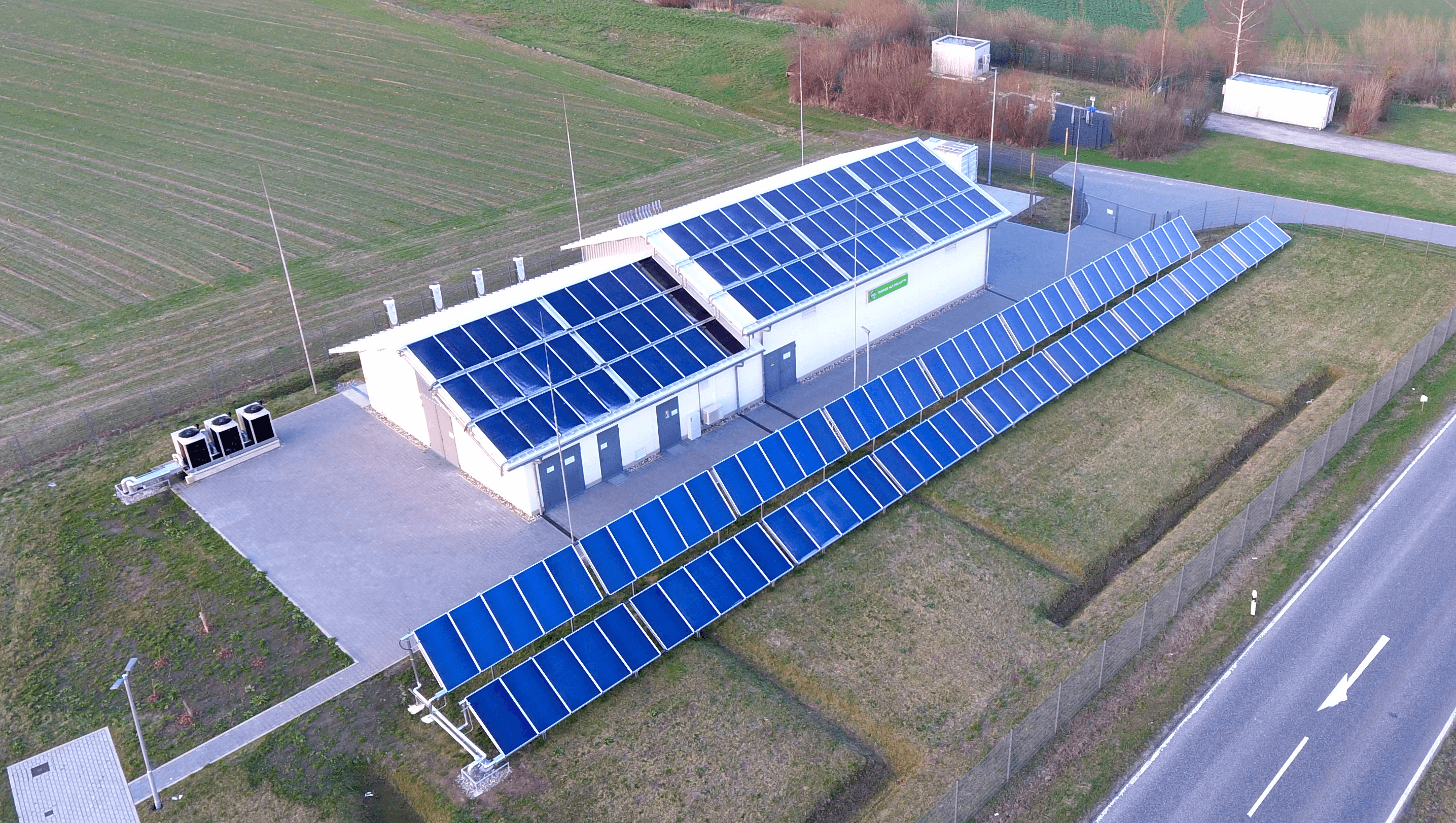 END_OF_DOCUMENT_TOKEN_TO_BE_REPLACED

Japan Tobacco International is the fourth biggest tobacco product manufacturer in the world with a large number of production sites, one of which is in Jordan and employs around 200 people. The tobacco production requires steam for drying purposes and furthermore, due to the geographic location of the production site, there is a high demand in air-conditioning. The steam has been supplied by a LPG-fuelled boiler and an electric compression refrigeration machine was used for the cold production. In November 2017 a solar process heat plant was installed. The Fresnel collector-field with an aperture-area of 1,254 m2 is installed on the factory’s rooftop and runs in direct-steam mode: water is pumped into the absorber pipe, steamed partly there, and fed as a water-steam-mixture into the steam drum. The steam accumulates in the upper part of the drum from where it is fed into the steam circuit while the un-steamed water is re-circulated and fed, together with feed water, to the absorber pipes again. The collector field and the steam drum can be run at temperatures of up to 220°C, which is significantly above the required temperature level. Therefore, at the given volume of the steam drum, more energy can be stored. The integration into the existing steam circuit is regulated by a pressure control. Solar produced steam is used with priority while the fossil boiler only covers the remaining heat demand.

END_OF_DOCUMENT_TOKEN_TO_BE_REPLACED 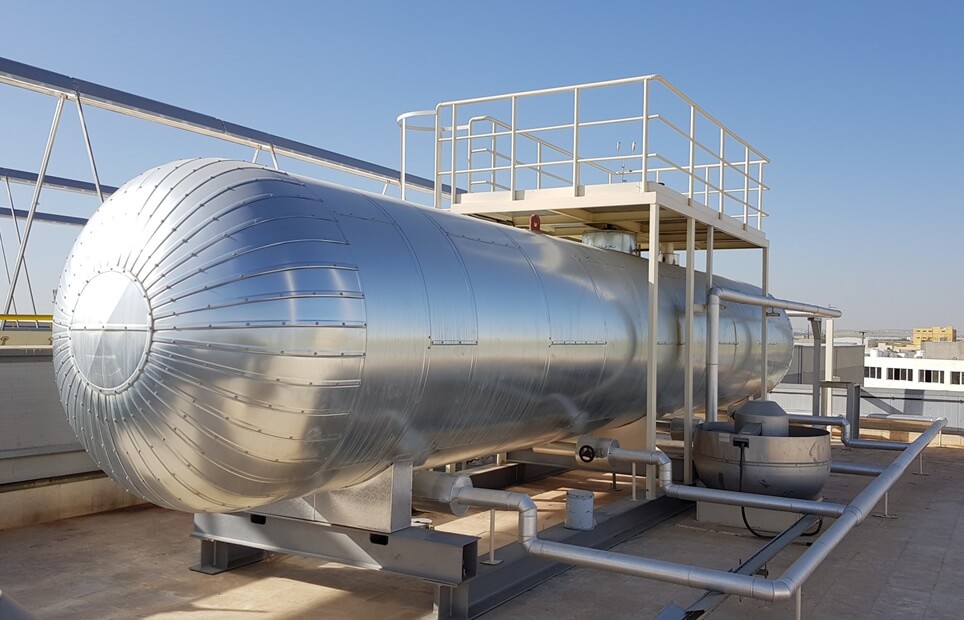 The dairy farm “Zum Marx”, run by the family Westenrieder and their two employees, dries wood chips and hay and produces organic milk as well as further dairy products for sale.

The company’s complete heat demand is covered by a solar plant, which was installed in 2015, and a wood chip boiler. The energy system uses air collectors and 160 m³ of wood chips per year, which are dried by the solar plant. The collector field with CCS+ air collectors by the company CONA and an area of 156 m² has a thermal power of up to 114 kW and was integrated into the rooftop of the drying facility.

END_OF_DOCUMENT_TOKEN_TO_BE_REPLACED 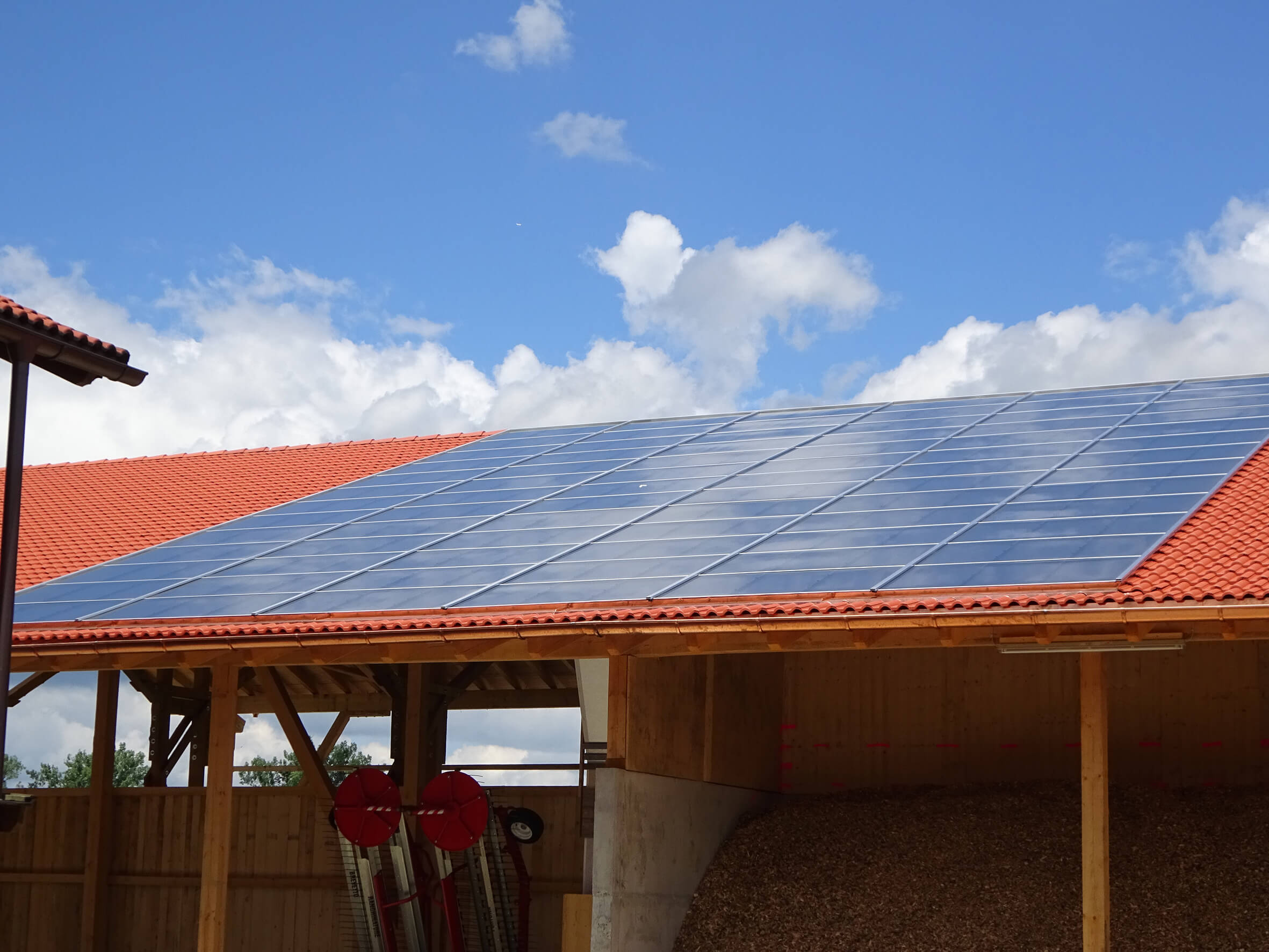 The agricultural family business Mühlbauer in the Bavarian Forest switched their production to hay-milk and simultaneously installed a drying plant heated by air collectors. The goal was not only to secure the business’s livelihood but also to contribute to animal welfare. Natural hay rich in herbs promotes the health of the cows, which in turn give more milk of very high-quality rich in Omega-3 fatty acids.

END_OF_DOCUMENT_TOKEN_TO_BE_REPLACED 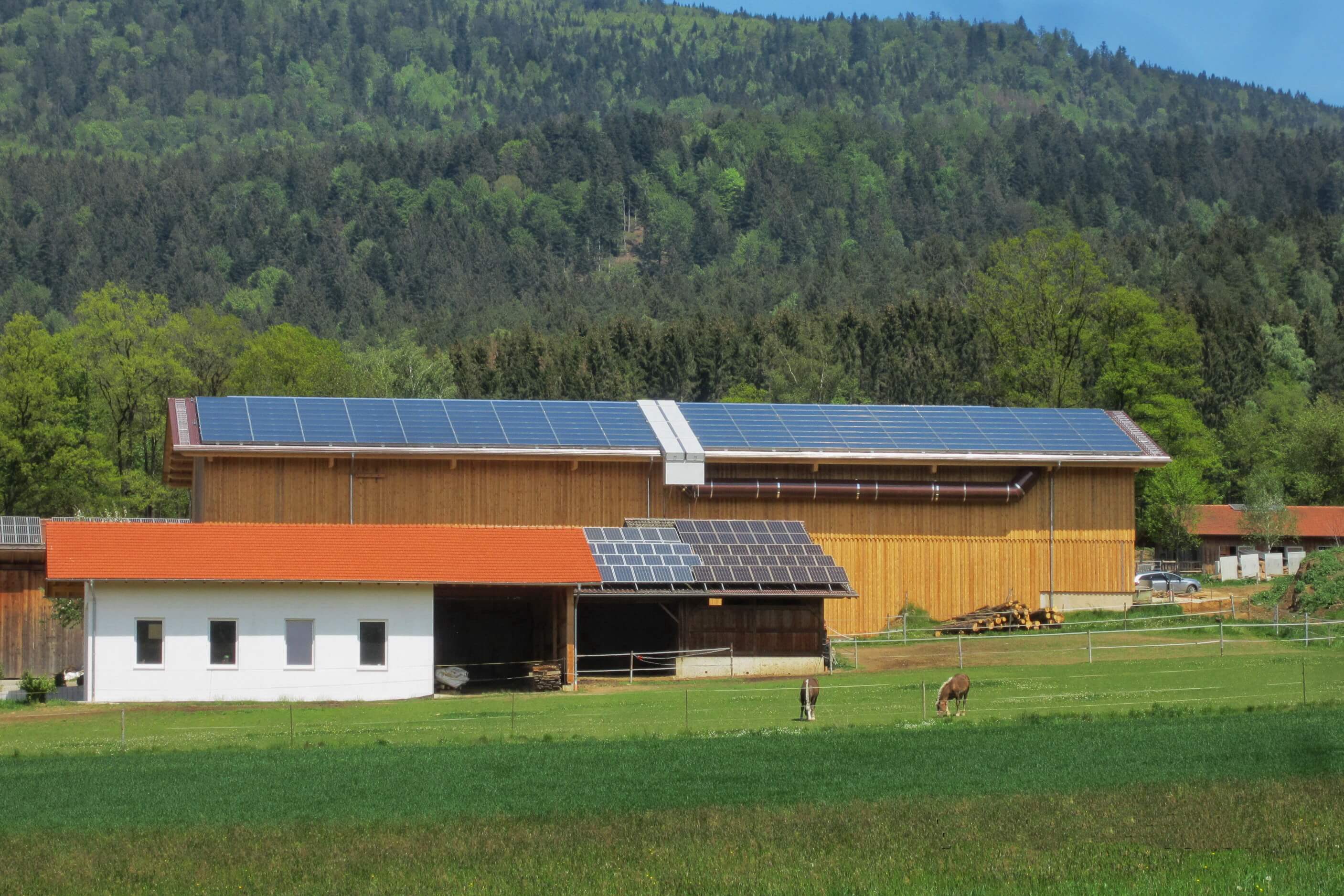 chemical and pharmaceutical industry May 2017

END_OF_DOCUMENT_TOKEN_TO_BE_REPLACED 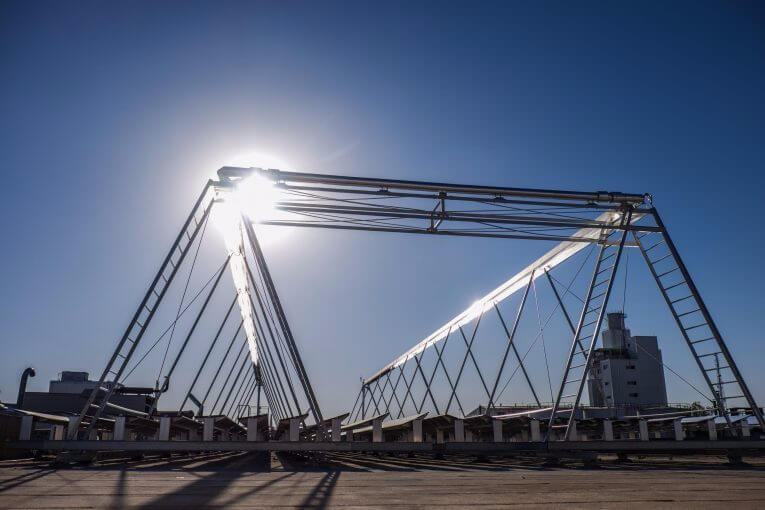 END_OF_DOCUMENT_TOKEN_TO_BE_REPLACED

The company Fromagerie de Saignelégier SA is part of the Emmi-Group. With their ten employees, five of whom are cheese makers, they produce 40 % of the worldwide production of Tête de Moine – a cheese speciality made of fresh-milk that is traditionally produced since 800 years. Certified cheese dairies produce only 2,150 t of this cheese in total each year. The production site of Fromagerie de Saignelégier is seated in the Swiss canton of Jura at an altitude of 1,000 m.

END_OF_DOCUMENT_TOKEN_TO_BE_REPLACED

Fleischwaren Berger is an Austrian family business with a history going back to the year 1890 when Michael Berger opened his first butcher’s shop. Today the business is managed in fourth generation by Rudolf Berger with its domicile still being in Sieghartskirchen. Currently Fleischwaren Berger has 500 employees and a sales volume of 125 million € (2012).

END_OF_DOCUMENT_TOKEN_TO_BE_REPLACED

Questions, feedback or need for further information?
Contact us by email:
prozesswaerme@uni-kassel.de

For further information look into the guidelines for utilisation of solar process heat in the food industry or browse our database of Germany’s best process heat plants.

University of Kassel
Department of Solar and System Engineering